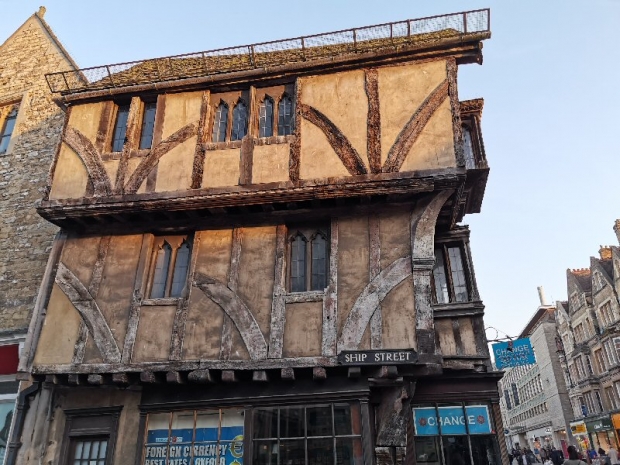 It's all about letting your fingers do the walking

I've now had around 10 days to play with Huawei's latest flagship smartphone and I'm ready to record some of my first impressions.

Let me make it clear from the outset that I haven't and don't have an equivalent high end phone from the competition to compare and contrast performance. And I have no specialised knowledge about the complex world of photography, so this review is very much based on my practical experience of using it. Nor will I bother with benchmarketing because I never did. So this is a subjective review – so by the way is every other review despite claiming to be objective.

I'll come to the snaps later, but let's have a look at the basic specs of this telephone. The unit comes in four colours – they all have fancy names conjured up by some marketing “wizard”. The one I'm using describes itself as “breathing crystal”. It's sort of blue-white. You can also get the machine in orangy-red (“Amber Sunrise”), blue (“Aurora”), black (“black”) and, er, that's it. Personally, I wouldn't like to breathe crystals although it must be difficult for the marketeers to describe 65,000 "colours" when actually these are tones. 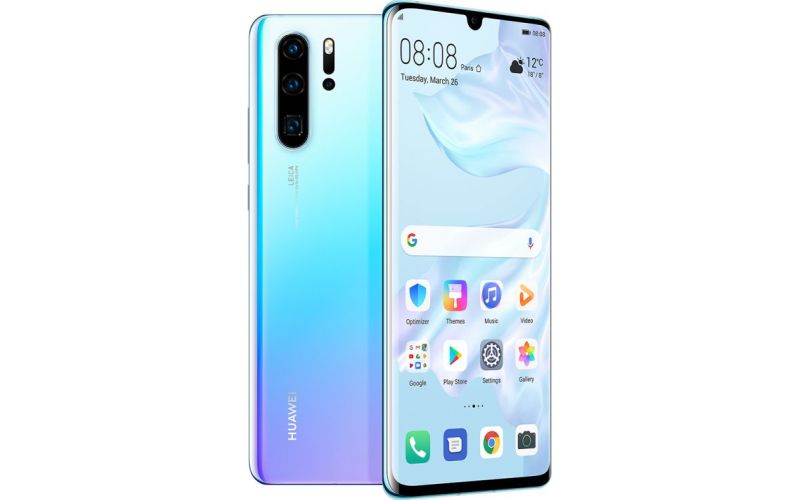 Sometimes people use their smartphones to ring other people up and talk to them, rather than sending text messages, start huge discussions on Whatsapp or write their partial autobiographies and food they've photographed before they've tucked in. I called a fiend (sic) of mine using the P30 Pro and was surprised to see this blue ring appear on the 6.4 screen. Apparently, this is the best place to put your lughole to hear what they're saying. I would have taken a snap of the blue ring but that would have meant that I'd have to have had another smartphone on me at the time.

Huawei claims it's made giant steps in artificial intelligence – that's company wide and includes all its products – but it made specific claims about the P30 Pro. “Artificial Intelligence” is, of course, a buzz phrase but vast computing power allows for pretty sophisticated stuff in parallel. I only mention this because my experience is that when you text something on this device, the autocorrect is worth keeping on, rather than make you switch it off because you've sent someone the message “send me your love” when you really meant to say “send me your glove”. Or, even worse, “send me your kitten” when you wanted to write “send me your mitten”.

I'd like to say something about the size and weight of the P30 Pro because that poses several philosophical dilemmas. It would be absurd to generalise about the size of peoples' hands but when you're using a smarty pants phone, it really does make a difference. Pudgy fingers make it hard to send coherent messages. “Send me your glove!”. Small hands make it difficult to use all the features. And, if you've been using a different smartphone you will need to re-educate your fingers.

Which neatly bring me on to the subject of photography. The array of lenses on the P30 Pro, in my experience, makes it all too easy for your photo to become all fingers and thumbs.

I've only been using this phone for a week or two so there's still an awful lot to learn.  But I'm pretty impressed with the device, although it will set you back an arm and a leg.  And talking of limbs, I'm going to fess up to my total incompetence with this first snap of the Tower of Eight Winds, in Oxford, England. That's my thumb, not my thumbnail sketch. 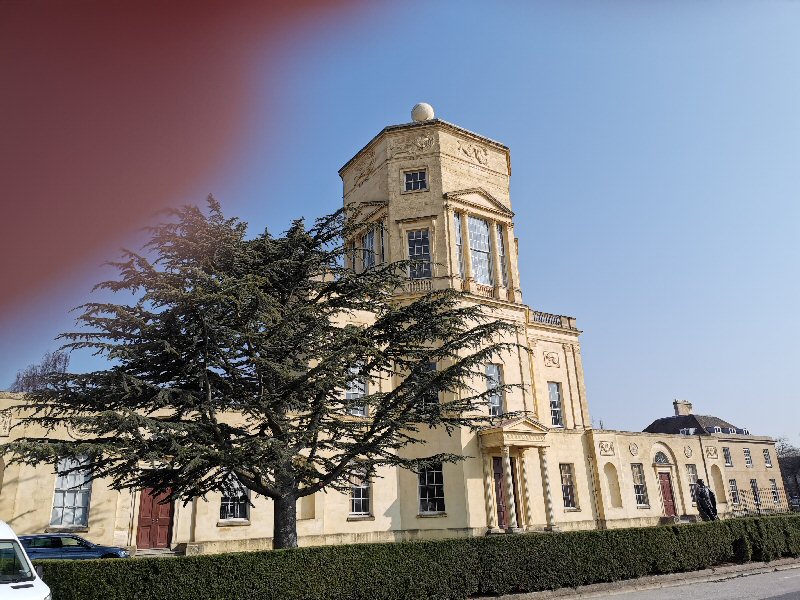 There's a heap of options in a menu on the P30 Pro called "more".  I haven't tried them all yet but was pretty impressed with the "macro" mode.  Here's a photo of a cherry blossom outside my back door. 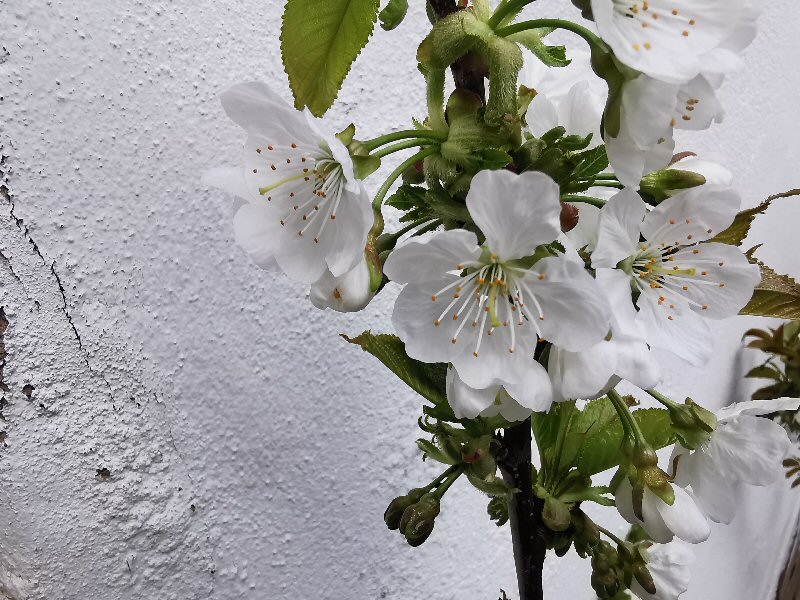 Huawei claims its ability to shoot photos with practically no light is second to none.  Here's a picture of one of my bookshelves at night. 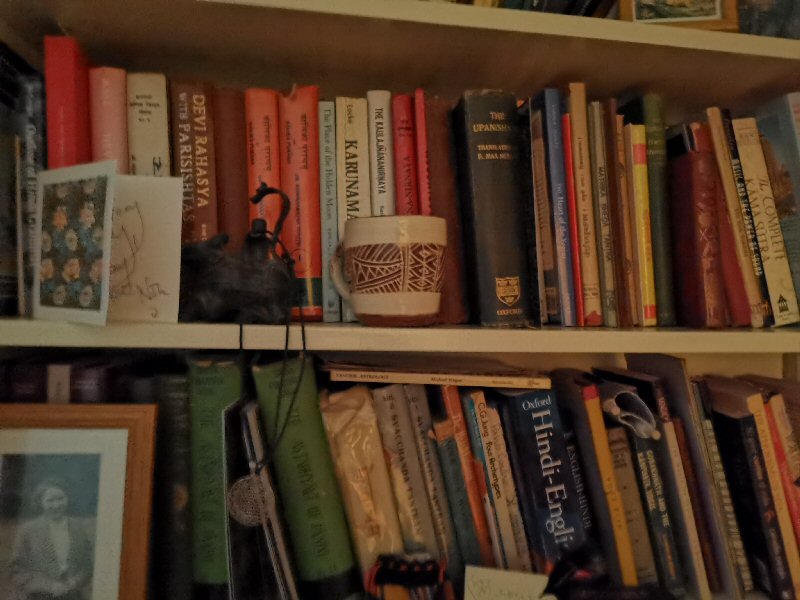 This picture uses the P30 Pro's wide angle mode.  It's easy to switch on, you just pinch the screen inwards with two fingers.  This photo is the Oxford Canal. 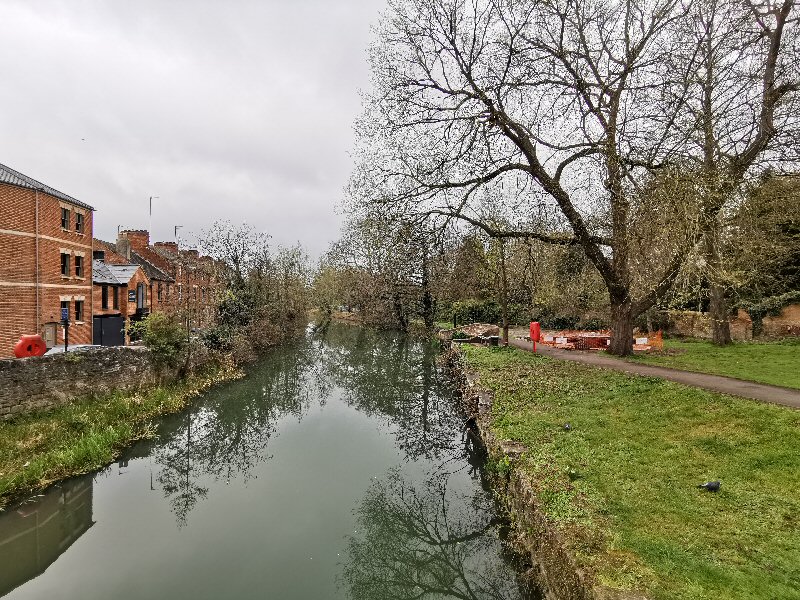 Hey, it's another cherry tree in blossom, on Mill Street, Oxford. 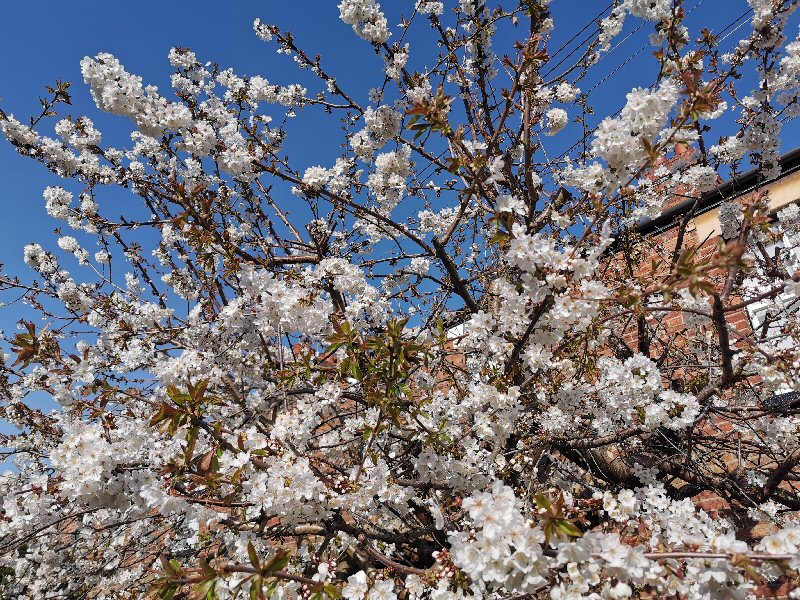 Here's a very old building off the main drag in Cornmarket, Oxford.  You might be surprised to learn that Oxford City Council trashed a lot of the old buildings and replaced them with blocky 60s monstrosities, some of which you can see in the background. 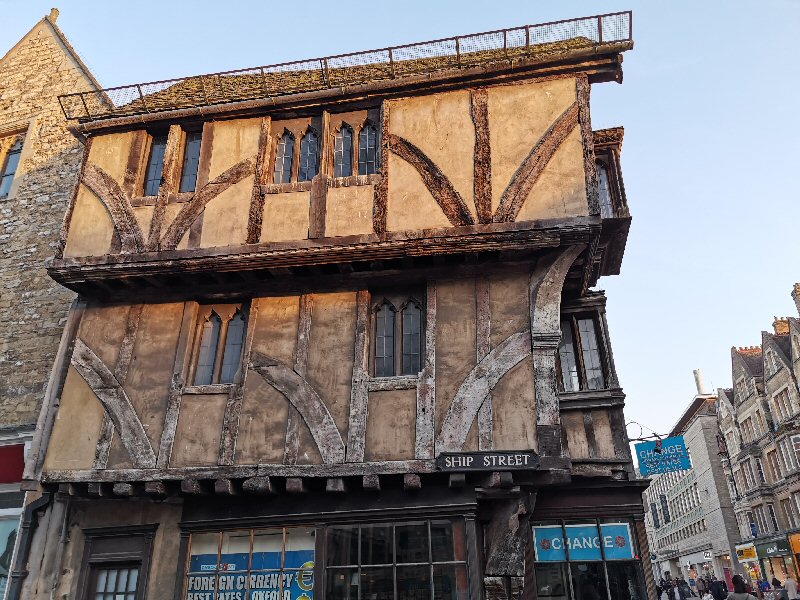 A view down Ship Street, Oxford, where there are some more old buildings shock. 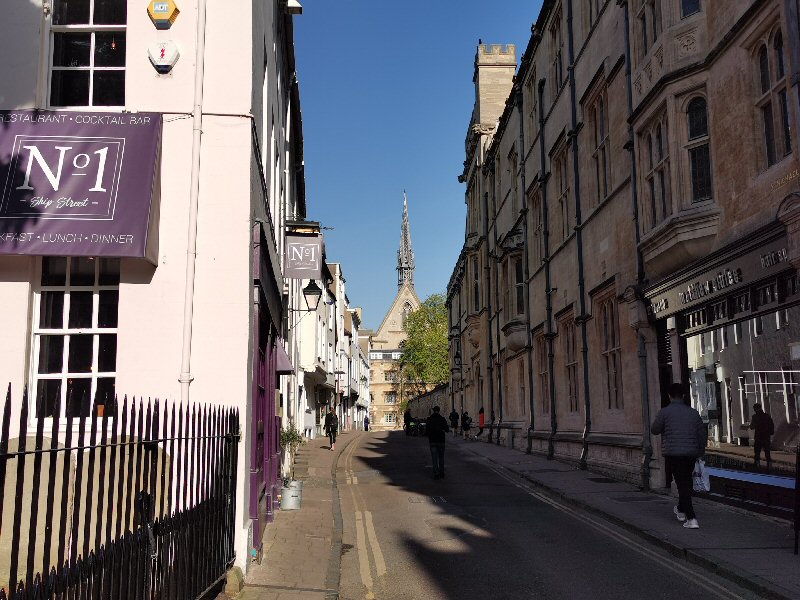 I took this pic of Tory Brexiteer Mark Gino Francois from the telly.... 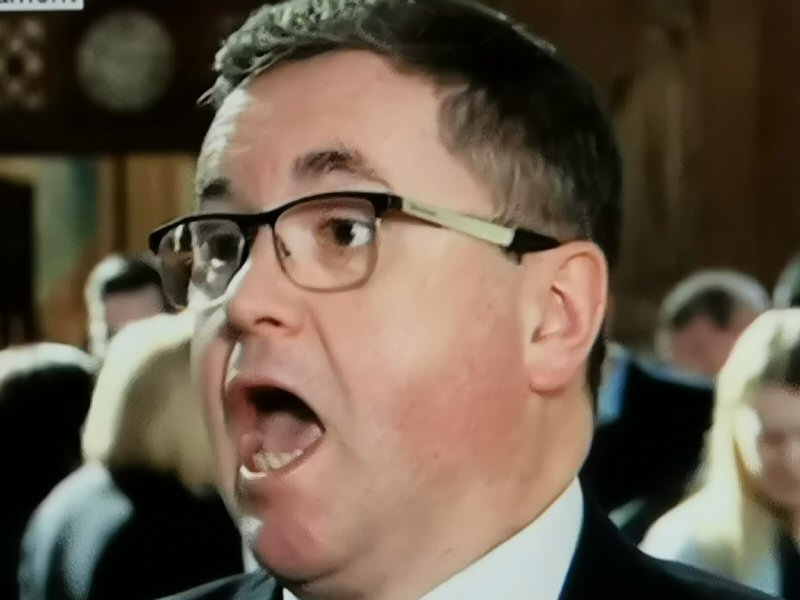 And, finally, here's the Osney heron who hangs out by the river Thames, Oxford. 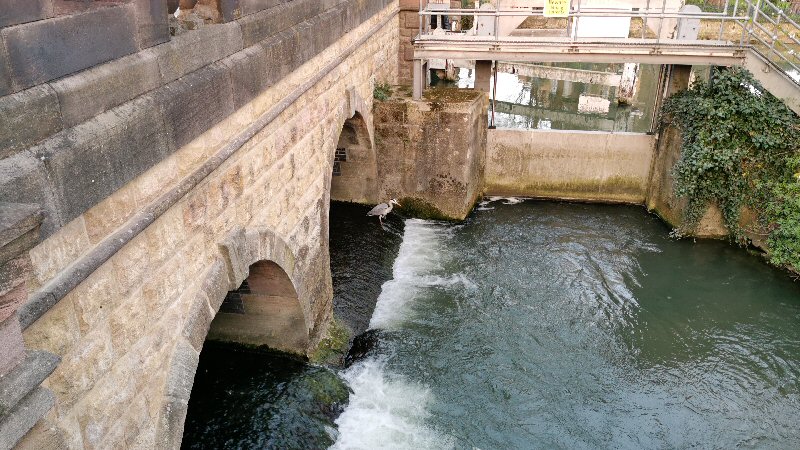 The zoom function is pretty neat too - Huawei claims that it can deliver a 50X zoom, but in practice, and like all zoom cameras, you'd need a pretty steady hand to get good results. Or a tripod.  Up to 10X produces very satisfactory results.

You can find the full specs of the P30 series here, and my report from the Paris launch here.

Last modified on 09 April 2019
Rate this item
(0 votes)
Tagged under
More in this category: « My new buddy is called the Huawei Mate 20 Pro Honor 20 Lite: Does it delight? »
back to top