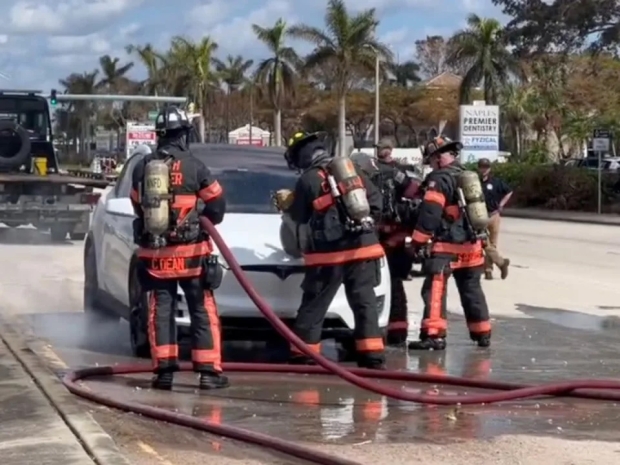 Hurricane Ian hit Florida showed a weakness in the batteries of electric cars -- they tend to catch fire.

Florida's top financial officer and fire marshal Jimmy Patronis said there were shedloads of rusting EV's on his patch now and as their batteries corrode they catch fire.

"That's a new challenge that our firefighters haven't faced before. At least in this kind of scale."

Patronis said in a separate tweet that it takes special training and an understanding of EVs to ensure that the fires are put out quickly and safely. While there is no word yet on how many EVs were disabled or have caught fire due to the flooding, what is apparent is that fire departments in the state are not equipped to handle lithium battery fires, which can take hours to put out.

The comments have been seized by the US right-wing press as proof that it is really important to get back to petrol powered cars and forget about EVs.  Apparently, petrol powered cars never caught fire at all. But Patronis is correct it does take a lot of water to put out a lithium battery fire.  If only people had alternatives to lithium batteries and the big EV companies had not wasted so much investment on batteries which have been dangerous for decades.